Help! I lost my drivers license! What do you next? For starters, stop freaking out. It’s not the end of the world and it’s not as bad as you think it. Thousands of people lose their licenses each day…either along with their entire wallet or it just slips out on its own. It can be an accident or perhaps it … Read More

Like most industries, the auto industry is all about “what have you done for me lately?”. It seems as soon as one set of auto models rolls out, we’re automatically looking to see what the next big thing will be. With that in mind, it’s time to look ahead and see what the major manufacturers have in store for us … Read More

If you are in the market for a used car, then you might be tempted into parting with your cash long before you have really established what you need. It is so easy to be tempted if you are strolling along rows of glossed up and highly polished vehicles and more so if they are all much newer models than … Read More 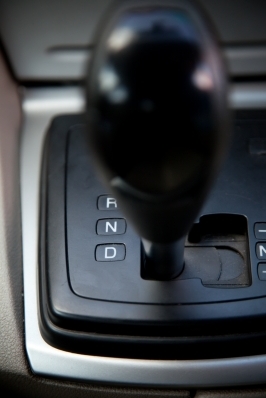 Depending on where you live and whether or not you are confident with using gears, then an automatic transmission may be a viable choice for you. It means you have less to worry about when driving and can focus all of your attention on road safety. Driving around town centres or built up areas means plenty of gear changes … Read More

If you are going to buy a car, it is important that you have all the facts to hand- especially if going to a car dealership. Sales people are trained to throw a lot of information at you and it’s easy to be overwhelmed especially if you are just that little bit tempted by the car anyway. Buying a car … Read More

Car crime is becoming far more organized these days and before you even have a chance of blinking, your precious car could be whipped off the drive and gone. Of course, criminals are always going to go for the easiest of options so you have to ensure that you do everything you can to make it as difficult as possible. … Read More

We have all had cars that have had their quirks—lights that don’t work, the mandatory driver-side-power window that refuses to roll down on anything built in the 1990s. Owning a car that has these annoyances makes a great case for the crank window, which has gone the way of the three-speed transmission. New conveniences are creeping their way into cars, … Read More

There is a great discrepancy between what we need and what we want in life. Some say we live a life of excess. Our homes are too big and are plates too full. Our garages are not immune to this. There are more than few things to keep in mind when buying a car regardless of whether it is new … Read More

How green is your car? Do you make an effort to conserve fuel, or drive a hybrid or electric? Many car companies today are making a bigger effort to emphasize green practices, and they’re not just talking about the gas tank. You may be surprised at some of the ways car makers are employing green methods when designing and building … Read More

The C7 Chevrolet Corvette is the American tourist in Paris—loud, rude, obtuse, yet civilized enough to never be kicked out. Regulars always dart sideways glances at the American menace, noting its capability while generally dismissing it as anything substantial. The 2014 Corvette Stingray has set to change that notion. Marred by an interior that one would have called cheap in … Read More

Enter your Vehicle Identification Number below and check for hidden problems:

Not working or don’t have your VIN?
Click here for more info!